Get the CLC App:

Numerous job roles and opportunities available at The British Army.

The Biggest Team You’ll Ever Join!

Men and women who want to do something different.  Full time soldiers – working, living and socialising with their work mates.  They are more than soldiers, they are also skilled tradesmen and women – could this be you?

As a Regular soldier you’ll live and work on Military bases, either in the UK or overseas – but that doesn’t mean that you have to give up your old life.  Unless you’re away on operations or training exercises you’ll normally work 8:30am – 5pm Monday to Friday.  You’ll also get 38 days leave per year (including bank holidays), which is more than most civilian jobs!

98% of Soldiers enrol on an apprenticeship, making the Army one of the largest apprenticeship programmes in the UK and allowing you to continue your education!

You don’t need to take on a combat role to join the Army – there are over 200 different job roles including:

Prior to making an application, care leavers are welcome to attend our Work Experience Programmes that we deliver on a regular basis nationwide.  These are typically 3 days in duration and will provide you with valuable experience and an opportunity to discover whether an Army career is for you.

If you have further questions or would like any more information, you can contact the Care Leaver Covenant at any time. 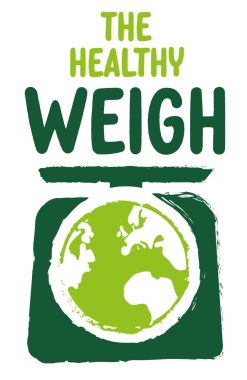 10% Discount on purchases from the Healthy Weigh store

Summary: An offer for care leavers to receive a 10% discount on all purchases from The Healthy Weigh Store.

Summary: During the placement you will learn about different roles within the Museum and work alongside curators, conservators, technicians, visitor teams.

Summary: A 20% reduction on all personal and household items purchased at any of our retail stores nationwide.

Summary: Bus driver role with on the job training with Abellio London Bus.

This website uses cookies to improve your experience while you navigate through the website. Out of these, the cookies that are categorized as necessary are stored on your browser as they are essential for the working of basic functionalities of the website. We also use third-party cookies that help us analyze and understand how you use this website. These cookies will be stored in your browser only with your consent. You also have the option to opt-out of these cookies. But opting out of some of these cookies may affect your browsing experience.
Necessary Always Enabled
Necessary cookies are absolutely essential for the website to function properly. This category only includes cookies that ensures basic functionalities and security features of the website. These cookies do not store any personal information.
Non-necessary
Any cookies that may not be particularly necessary for the website to function and is used specifically to collect user personal data via analytics, ads, other embedded contents are termed as non-necessary cookies. It is mandatory to procure user consent prior to running these cookies on your website.
SAVE & ACCEPT